The Metropolitan Police recognised that their current crime reporting process was broken and not in line with modern technology advances. Not only is the current system inefficient but it is putting extra burden on their core workforce of 30,000 police officers. Officers currently complain of excessive paperwork, slow processing times (of transferring hand written notes onto ageing legacy systems) and more generally that the reporting of crimes could be significantly enhanced by providing officers the technology to report on crimes in more detail. The leadership at the Metropolitan Police had numerous solutions in mind including the use of police officers’ own mobile devices, but were concerned about the levels of investment required and the attitude of the officers themselves.

We recommended a rapid prototyping approach to quickly and cheaply validate their assumptions with real police officers to ensure the ideas added real value to the officer on the beat. Following a number of high profile incidents an immediate requirement was identified around the identification of dangerous dogs (under the Dangerous Dogs Act), this was used to form an minimum viable product (MVP) to be tested in real scenarios by the officers. 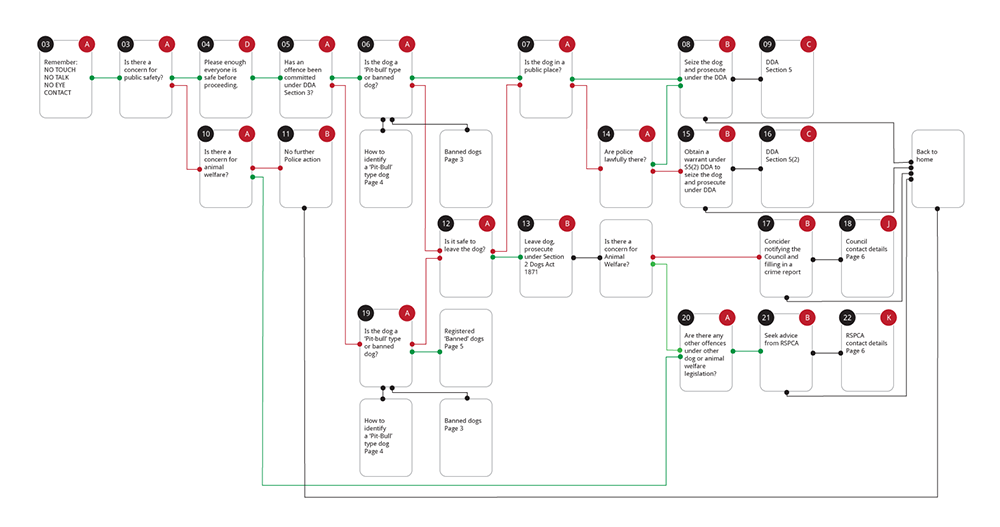 Following interviewing regular police officers and specialist dog handlers to identify the areas that cause the most problems a set of user scenarios were created. This enabled the design to accommodate both the officers real needs and the standard operating procedure. A simple decision tree application was needed, which would enable a police officer to quickly make decisions at the scene and take the relevant action. The concept needed to include features such as; single hand operation, clear big text, snippets of the relevant legal clauses, and an interactive guide to identify specific banned dogs. 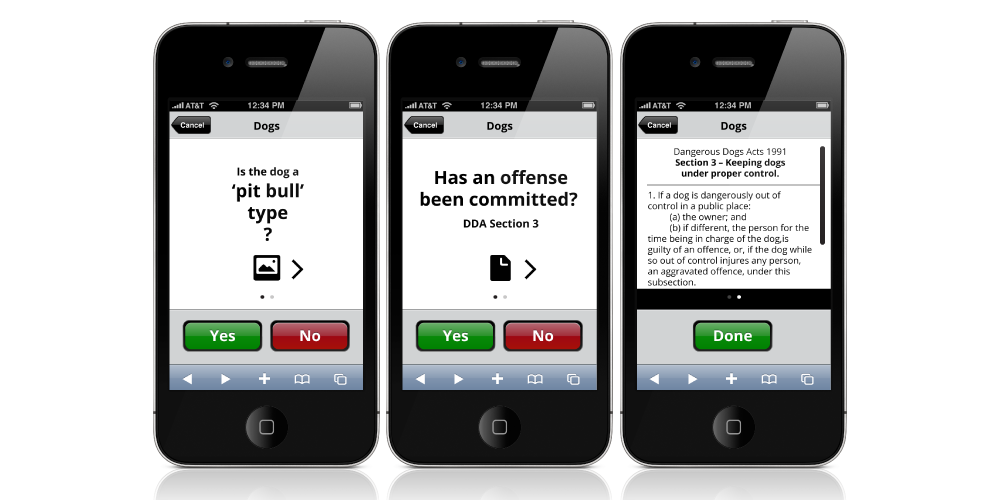 Initial paper prototypes were developed to test the standard operating procedure within a mobile device. This highlighted a number of confusing scenarios which needed addressing. For instance the term ‘Dangerous Dog’ is a legal term referring to a set type of dog, this was often confused with a dog acting dangerously. Several rounds of internal testing were used to define the right solutions to these scenarios (Such as avoiding the term ‘Dangerous Dog’ instead using ‘Banned Dog’ to avoid confusion) and develop the ideal structure for the decision tree. 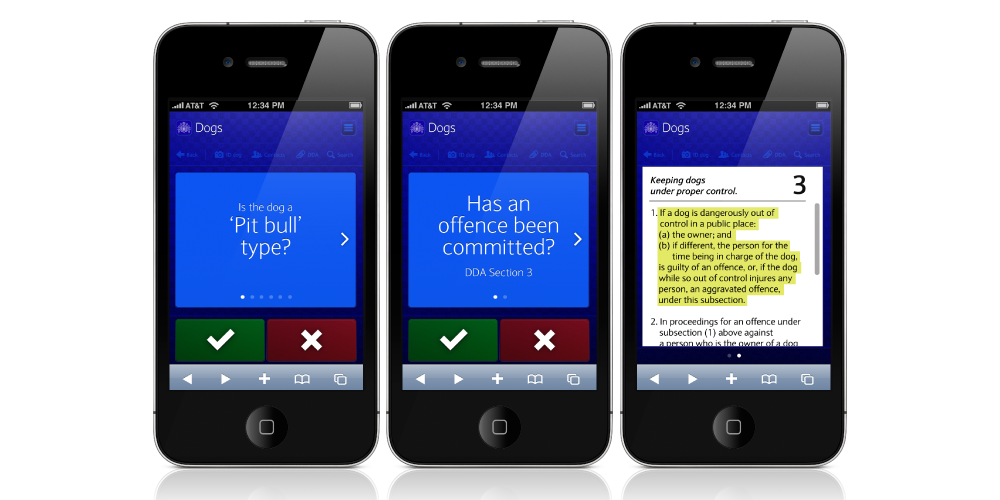 Once the structure of the decision tree was defined, the application was designed and a high fidelity prototype was developed, which was initially tested with the client and amongst the officers involved in the earlier research. Following minor amends the prototype was then distributed to all 30,000 Metropolitan Police officers for a month to test it’s usefulness and how much appetite there was amongst the officers for more applications. The prototype included analytics so that data could be collected on the use of the application, and cross referenced with crime data to identify where the prototype had been used successfully.

Following the month long trial, a presentation was made to the Chief Inspector using the collected data to support the concept. The Metropolitan Police has now started development of a long-term mobile device strategy for their police officers. A number of other police forces have also shown an interest in the results.