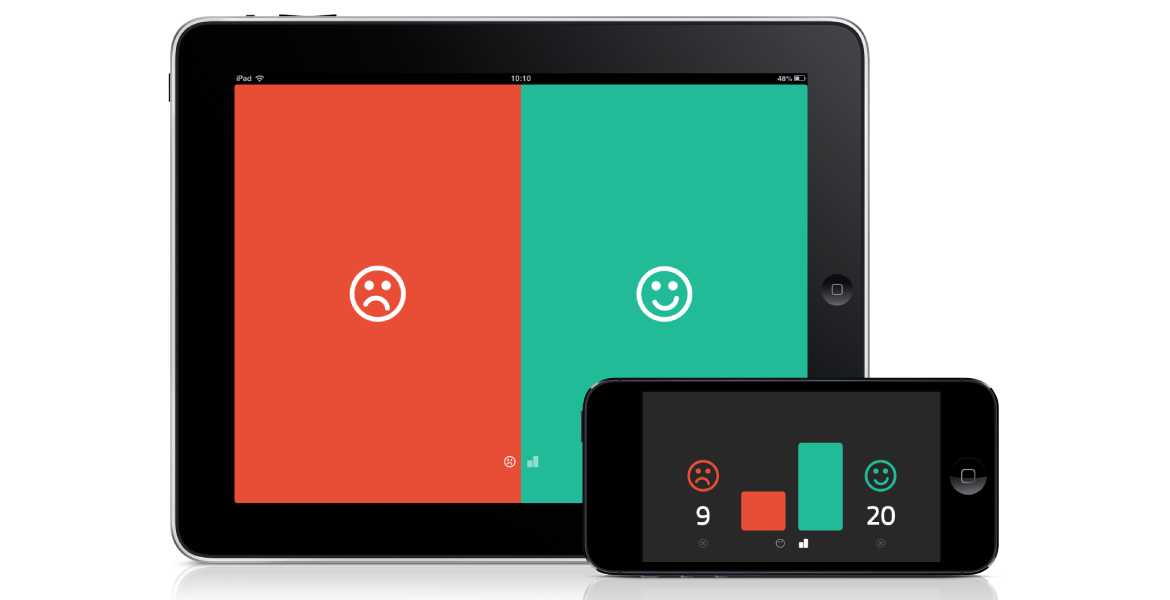 Building lasting relationships with clients is an essential part of ensuring long-term growth and stability within a digital agency. Unfortunately the usual business metrics of turnover and profit margins fail to really show if this relationship exists or not. What was needed was a way to measure if the client is actually happy with the work being done and if the team were happy doing that work. We needed a way to measure happiness.

We were already using a method in workshops to measure happiness, using a happy bucket, a sad bucket and a few balls. Clients leaving our workshops could simply drop a ball into the relevant bucket as they left. We needed a digital version that would be much more portable and easier to measure across multiple staff and client locations?

The idea for appy was born, a really simple iPhone and iPad app that can measure happiness in a really simple way. Similar to the buckets, the user can either select happy or unhappy from an ultra simple interface. Add to that the idea that if users can actually see how others have voted they are much more likely to take part, especially if the experience is fun and rewarding (seeing the impact of your vote). 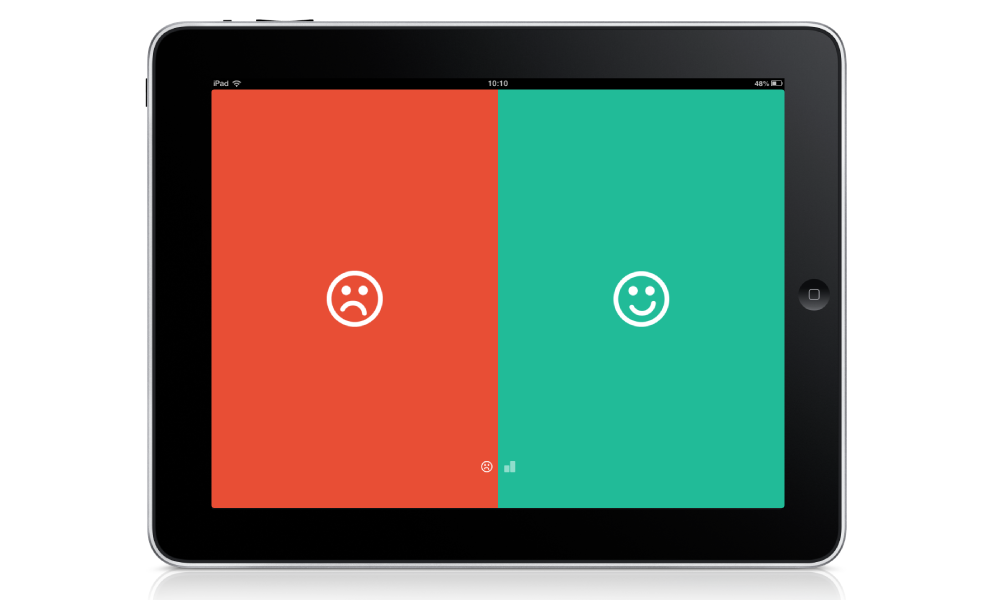 With a clear hypothesis that users would find it useful, we developed a quick prototype in a few hours to test the concept on an iPad. This was then tested internally by the whole team at Radical, both in the studio and at client meetings. Appy was positioned next to the door, so people could vote on their way home; it was tested at the end of meetings with clients to gather feedback; and the team even took it home and tested it in a variety of other uses. 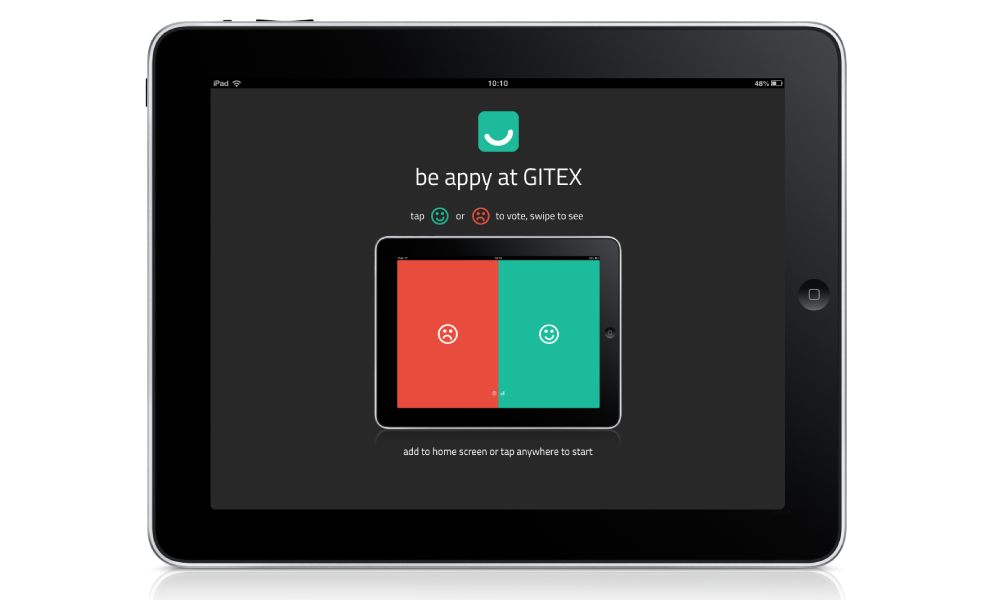 The next step was to push appy even further and test it on a wider audience. We developed a fully responsive version that could be used at a number of conferences and speaking events. We wanted to discover if appy could be used as a lead generation tool to identify the members of the audience that most appreciated the presentation being given. In it’s first appearance appy captured half the audience, collecting their email addresses and their votes. 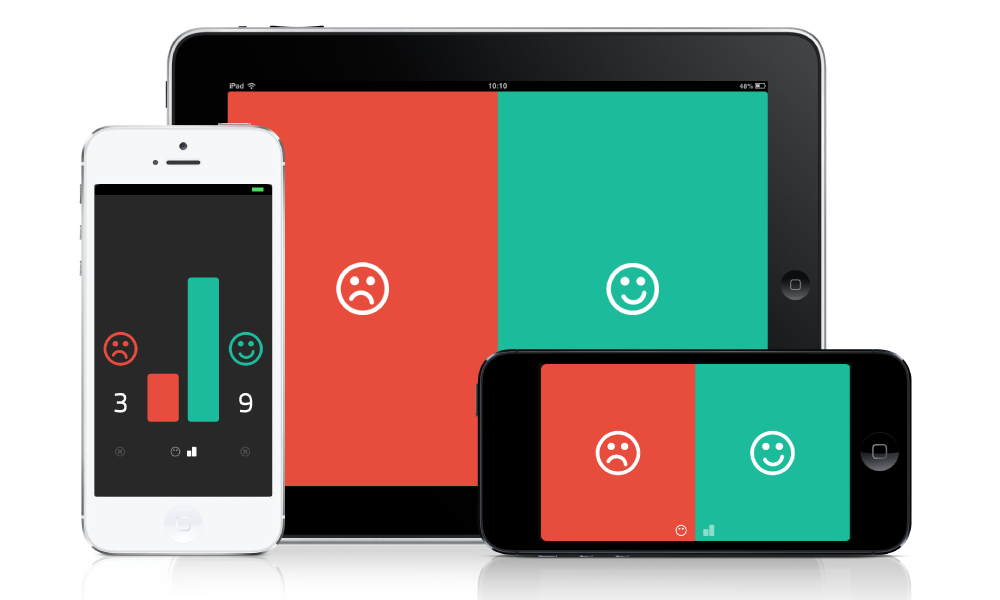 And again, and again

Using the lean start-up approach to develop appy has enabled a simple idea to establish itself as a viable product with the minimal of investment. Each time we test and learn about how to use the product, the quality and number of features greatly increases and the potential audience grows. Discussions are currently underway to test appy in-branch for a large high street bank to measure happiness of their customers.

Give appy a try today.

Bringing to life 'what if' – Barclays Cloud It