Barclays are well known as one of the most innovative retail banks in the UK, they introduced the first cash machine, debit card scheme and mobile peer-to-peer payments app to the UK market place. They asked my team to explore the use of Facebook in the digital and mobile banking experience.

Barclays had already conducted their own concept design which centred on creating Facebook canvas apps, however these didn’t really offer anything new to the existing channels. They needed to think outside of their pre-conceived ideas on using Facebook for banking. We recognised that the purpose of using Facebook was to take the bank to the user rather than asking the user to visit the bank, this didn’t happen when using the canvas app as the users still had to visit a separate location away from their Facebook experience. 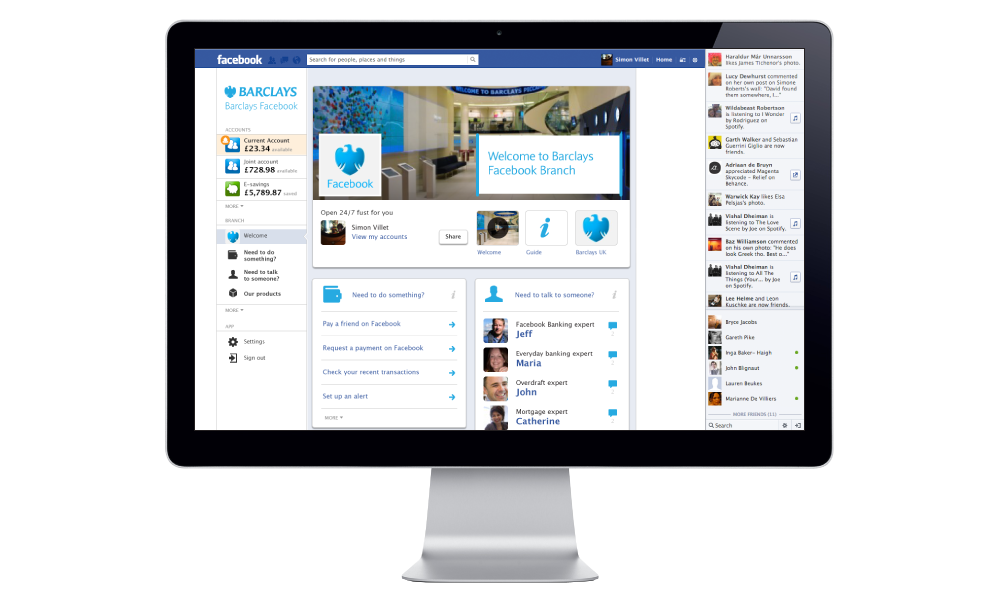 My team created a number of visuals based on a core set of features we considered to be key in making Facebook banking work. These where fully integrated into the Facebook experience, both web and mobile, including paying friends and companies within Facebook, receiving alerts and messages through newsfeed and notification messages, reviewing transactional information using the timeline view to enable social conversation around certain transactions and linking to none banking experiences and events. 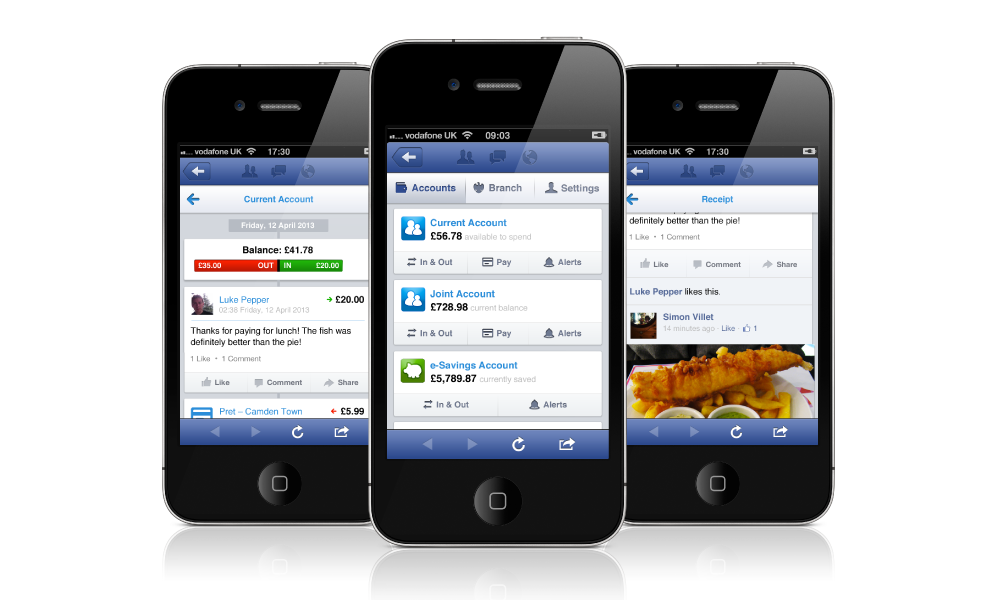 Validating the idea on customers

With the main stakeholder at Barclays excited and aligned on the vision the next step was to conduct some qualitative research with real bank customers. A series of focus group sessions where set up with some active Facebook customers. However we knew with such a radical idea that it was unlikely to be successfully received especially with concerns over security and privacy. We therefore structured the sessions to measure how much we changed the customer opinions about Facebook banking, from talking about the idea of using Facebook to connect with the bank at the start to revealing the possible future of Facebook banking using our visuals. 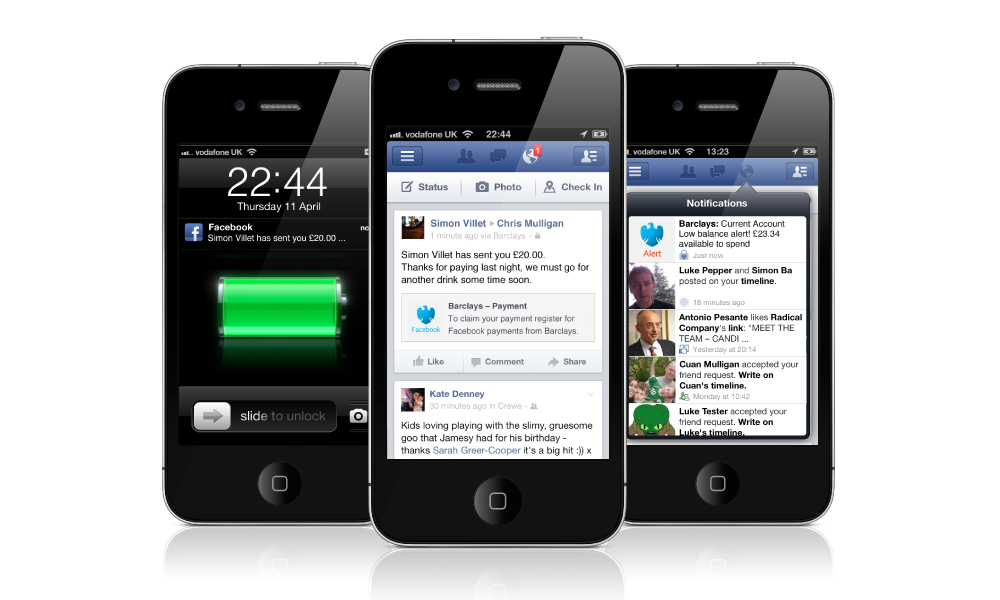 Having already built their online banking experience, we knew what was possible within the bank, but Facebook, and their API was a new challenge. Before presenting the concept to the senior executives at Barclays we needed to discover what is actually possible within Facebook. Working with Facebook we created a white label app which integrated into Facebook to test the major components of the idea, such as getting messages and alerts to the customer via their notifications and news feed and controlling privacy of messages and feeds.

It became apparent while creating these early prototypes that there was a much bigger concept behind all of this. What if a user had complete control over how their bank integrated with their digital and social presence, for example:

We created an idea and architecture for a platform to enable a 360 degree socially connected banking experience for the next generation of banking customer.